Sweet – light – delicious. Desserts have been a staple of Mankind’s diet throughout the ages, and in the current day with the emergence of the popular bakery talent tv shows, our desire for satisfying taste buds shows absolutely no signs of slowing down anytime soon. We at Allwhip want to share our passion and enthusiasm for all things culinary by bringing to you products of the highest quality, so you can experience the tastier things in life. Fantastic products at great prices; it’s time to whip up a storm and make those creamy magical moments. 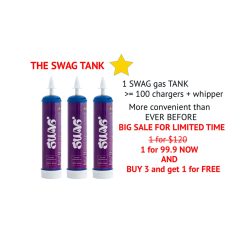 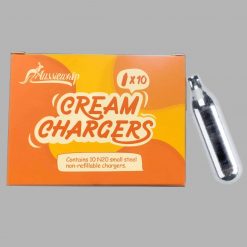 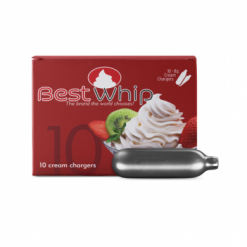 Send Us A Message…

Our customer service team are on hand to deal with any queries you have about Allwhip products.Your satisfaction is paramount to us, so do not hesitate to get in touch – we welcome your engagement. 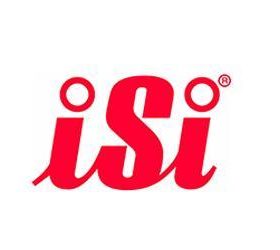 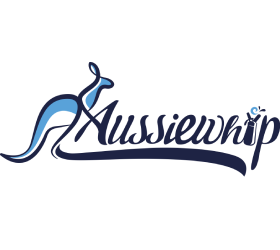 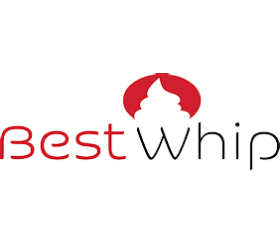 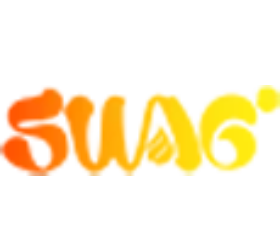 WHAT YOU NEED TO KNOW ABOUT CREAM CHARGERS

What are Cream Chargers?

Cream chargers are small canisters of pressurised gas (nitrous oxide, or N2O). When injected into cream, the N2O reacts with the fats, gelatines and other stabilising agents in the cream to create a foam, resulting in whipped cream. Since N2O exists naturally in our atmosphere, this process occurs when whipping cream manually, but the use of cream chargers makes the process much easier.

How many Cream Chargers do you need?

The number of whipped cream chargers you need will depend on the size of dispenser you own and the volume of cream (or other ingredient) you wish to whip. A standard 8g charger will service the needs of either 0.25 litre or 0.5 litre dispensers and you can expect to produce between two times and six times the amount of liquid initially entered into the dispenser as whipped cream.

Overfilling the dispenser with too much N2O can result in escape of liquid from the dispenser and even damage to the dispenser itself. What’s more, cream chargers are unfortunately used by some people to inflate balloons and inhale the gas, which is highly dangerous (see effects here) and can result in throat spasms, severe coughing or, in the most extreme cases, asphyxiation.


How do you use Cream Chargers?

Cream chargers must be used in conjunction with a dispenser. First of all, you must open the dispenser and add the ingredients which you wish to whip, then screw the lid back on and ensure it is fitted tightly. Then it’s simply a case of placing a cream charger into the charger holder and screwing it into place on the dispenser, releasing the gas and shaking the dispenser well to ensure it binds with the ingredients. Voila! Your whipped cream is ready to dispense.

Which brand should I buy?

While standard whipped cream chargers are all non-refillable and non-refillable steel bulbs containing food-grade N2O, they are sadly not all created to the same high standards. When purchasing cream chargers from creamchargers.co.uk, you can rest assured that we only ever stock reputable brands like Liss, Mosa, Pro Whip and ISI, meaning you’re guaranteed a quality product that meets with all relevant safety standards.

All of the cream chargers sold by creamchargers.co.uk are made from steel that is 100% recyclable. We encourage all users of cream chargers to recycle their spent chargers after use, which can be done by placing them alongside everyday steel recyclables such as cans, tins and other items. If everyone who buys cream chargers undertakes this small responsibility, it can make a huge cumulative difference to the environment.